The early years of Ness’ life were fairly quiet and peaceful. Well, as quiet and peaceful as they can be with Porky Minch as your next door neighbor! One night after a meteorite crashed near Ness’ home he met a tiny bug-like alien called Buzz Buzz who told him of a prophecy where he and three others would save the world. Taking this news seriously, Ness left his home and along the way he would encounter three new friends while also recording the melodies of each of the eight Your Sanctuary locations he finds. In the end, Ness and his friends confront a cosmic horror known as Giygas and band together to defeat him and save their homes.

Ness will use PK Teleport to appear on the stage in a harmless explosion and then shake the soot off of himself.

Kirby will wear Ness’ hat atop his head.

Up Taunt: Ness will face the camera, and with his hands on his hips say, “OK!”

Down Taunt: Magical sparkles will emanate from one of Ness’ fingers as he swings it around himself almost as if he were playing with a sparkler firework.

Side Taunt: Ness will face the screen and pull out a baseball which he spins atop one of his fingers for a few seconds.

PK Flash: A flashing turquoise sphere of energy flies up from Ness’ head and travels in an arc before exploding in a flash of light. While charging this attack Ness is capable of adjusting the flight path of the projectile and the longer the attack is held the larger and more damaging the explosion will be. The PK Flash projectile is even capable of moving through soft platforms and won’t dissipate on contact with hard platforms. When Ness uses this move he’ll start out saying, “PK…” before finishing it up with a yell of “FLASH!” when the explosion is triggered.

PK Fire: Ness will yell out “PK Fire!” as a small lightning bolt-shaped projectile flies from Ness’ hands in a slight downward angle. As Ness uses this attack he’ll be pushed backward just a bit as the projectile is let loose from his hands. If the lightning bolt travels a short distance without hitting anything it will fade out of existence, however if it hits something the bolt will disappear as a small tower of flame rises up from where it hit. This tower of flame can deal small damage to opponents but is also fairly decent at being a shield for Ness. If Ness uses this move while in the air the lightning bolt will travel downwards in a sharp 45 degree angle.

PK Thunder: This attack will see a small ball of electricity flying out of Ness’ head with a little electrical tail trailing behind it. At this point Ness is locked into position as the player uses the control stick to control the flight path of the PK Thunder projectile. Both the tail and the main projectile can damage opponents on contact, however if they touch the main projectile they will take a considerably higher amount of damage and the attack will end. Ness is also capable of causing the PK Thunder ball to run into him. If Ness does so he will not take any damage, but he will be sent flying in the opposite direction from where the PK Thunder hit him. This method can be used to propel Ness in any direction you desire as a form of recovery, though a very unusual one.

PSI Magnet: A pulsing purple field of energy will envelop Ness and a slight area around him. While this field is up, any energy-based projectile such as Mario’s Fireball or a shot from the Super Scope (as well as explosion-based projectiles like a thrown Bob-Omb) will be absorbed by the energy field and will heal Ness by 1.6x the amount of damage that the attack would have done up to a maximum of 30% per attack. If Ness uses this move when he’s immediately up against another player, they’ll take a small amount of damage and be pushed back away from Ness to be just outside of the energy field.

PK Rockin: By outstretching one of his hands forward, Ness will cause a psychic burst resembling a star-shaped firework to explode a short distance in front of him. Any opponents who are caught in the blast of this attack will find themselves dragged into a cinematic Final Smash. The screen will transition into one designed to look like the battle screen from Earthbound with the opponents in the background and Ness’ HP and PP displayed at the bottom. A dialog box will open at the top of the screen saying “Ness tried PK Rockin Ω!” This will be followed by the exact animation of PK Rockin Ω from Earthbound hitting the area where the opponents are with shapes flashing different colors and spiraling around the screen before colliding in the center of the screen causing exploding lines of psychic energy to burst out from the center and spread out like a psychic explosion. From there battle returns to normal with the affected players stuck in place for a brief second as they’re heads are wracked with pain before being sent flying off the stage.

Shield: With this Extra Skill Ness will cause a shimmering blue diamond-like pattern to superimpose itself over him. While this effect is very noticeable when first applied, it quickly fades to being just barely visible giving opponents a chance to forget that it's there. The first energy-based projectile attack that hits Ness in the next 5 seconds will have the damage it deals to Ness reduced by 50%. Additionally, a further reduced 50% of that damage will be immediately inflicted upon the attacking opponent. This move however will not be effective against things such as Samus’ Hyper Beam Final Smash or the Daybreak’s laser fire. After this effect wears off, Ness cannot apply it again until 20 seconds have passed or he gets KO’d. 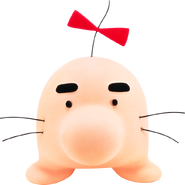 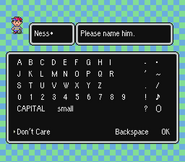 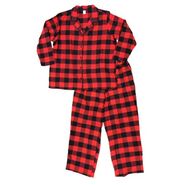