Ike is the leader of the Greil Mercenaries, a band of vigilante do-gooders who travel the continent of Tellius. Their objectives are fairly modest before being drafted by Princess Elincia, setting the ball rolling for the turn of events that would see Ike at the center of the Mad King's War. His borne enemy is the Black Knight, a mysterious swordsman who killed his father, Greil, in combat, leading to Ike's running the mercenaries. In Smash, Ike is a heavy-hitting swordfighter, differentiating himself from Prince Marth and others with his roughhousing playstyle—an inspired choice for the first Fire Emblem lead to not come from royalty. He hoists the legendary two-handed blade, Ragnell, in one hand: a surefire showcase of his strength!

Ike appears from out of a Warp Circle, slashing Ragnell towards the earth as he preps for battle.

Up Taunt: Ike hoists Ragnell forward in both hands, growling loudly as the wind flows through his cape.

Down Taunt: Ike rears Ragnell over his side and smirks while stating, "Prepare yourself!"

Side Taunt: Ike plunges Ragnell into the ground and folds his arm, saying "Hmph!" The wind flows through his cape once more before he removes Ragnell from the ground.

Eruption: Ike lifts Ragnell above his head in a two-handed reverse grip, then stabs it into the ground a moment later. This motion produces a pillar of blue flame that travels further the more that the move is charged. At its apex, Ragnell becomes engulfed in flames, causing a literal eruption around Ike. While Ike bears super armor during the explosion, he will garner 10% recoil damage from using the attack at full-charge, too. The player can avoid recoil and retain the same effects as a full charge by timing the move just right; releasing the special button one split moment sooner should do the trick. A fully-charged Eruption is also capable of instantly breaking shields, much like Marth's Shield Breaker. Uncharged, it produces one flame pillar, whereas it can produce upwards of three more depending on the length of the charge. Ultimately, the pillars are capable of traveling as far as about three Kirby's.

Quick Draw: Ike rests on one knee, preparing for a charge. He will travel further the longer that the move is charged. If an opponent comes into range, Ike will slash Ragnell towards them, delivering a mighty blow. The tradeoff for a relatively strong horizontal recovery and heavy-hitting move comes in its ending lag; should Quick Draw not connect with an opponent, Ike is easily punishable. In midair, it would even rend him in a state of freefall, although landing lag remains minimal with proper timing.

Aether: Ike's trademark art from Fire Emblem proper, he performs the Sol portion of Aether, tossing Ragnell directly upwards before leaping to catch it. He and Ragnell then both come barreling straight back down. It's the vertical portion of what could be a sensible two-part recovery between it and Quick Draw, and a heavy-hitting move in its own right. Ragnell itself will deal minor cutting damage while spinning in the air, and Ike could dish minor damage to those hit by his own upwards jump. The meat and the potatoes of the move comes in their crash down to earth, though, which is capable of meteor smashing and dishes considerable knockback. It also bears easy combo potential coming if Ike is capable of chaining the entire move onto an opponent.

Counter: Ike assumes a defensive stance, holding Ragnell over his chest. Any attack that lands on Ike's Counter's hitbox is active will see him retaliate, offering a quick, forward-moving counterattack. The counterattack scales with the attack blocked, multiplying its damage output by 1.2x the strength. Ike's Counter mostly proves ineffective against projectiles or attacks with a long-enough reach, since a direct target would not be present to dish the counterattack against. Half the time, Ike will forgo the full effort with Ragnell and instead use his free hand to deliver a mighty blow with his fist! The change is purely aesthetic and sets a spotlight on Ike's rougher mercenary background.

Great Aether: Ragnell becomes completely engulfed in blue flames as Ike performs a sweeping upwards slash. Any opponent caught in this initial blow will follow him upwards over centerstage as he shouts, "Great.... Aether!" Throughout, he will be punching, kicking, and slashing away at his foes, ultimately culminating in a devastating final blow that sees each of them crashing back to the floor in a massive explosion with incredible knockback.

Bonfire: A bonfire burns brightly in front of Ike, and he sits down beside it. For up to ten seconds, Ike's respite at the bonfire allows him to garner minor stat boosts. Waiting a minimum of three seconds at the bonfire will give Ike a 1.2x boost to his defense. Six seconds will increase these boosts to 1.5x, and 10 to a whopping 2x alongside a 10% heal. Regardless of how long Ike sits at the bonfire or the potency of the boost, the boost will ultimately last 10 seconds. Unlike other special moves, though, Ike is a sitting, super armorless duck. Tuck him in a corner to warm those hands up, though, and you will be prepping a beast! Bonfires can only be made once every 15 seconds. Attempting to make one sooner will have it puff up in nothing but smoke right in Ike's face.

Several of Ike's moves bear more than your average amount of super armor, making up for instances of lag. This includes Eruption, Quick Draw, and Aether, as well as all of his Smash attacks. He also bears passive armor like Bowser's Tough Guy mechanic, needing a certain damage threshold to be met on the armor before he is effected by hitstun or knockback. 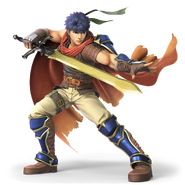 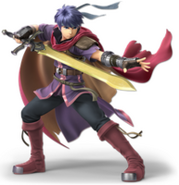 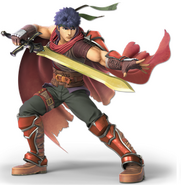 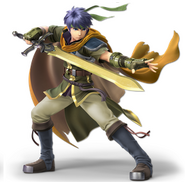 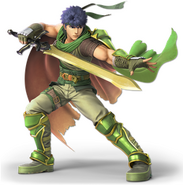 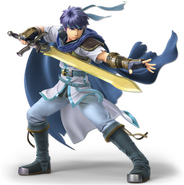 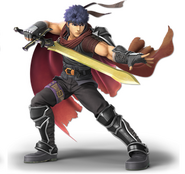 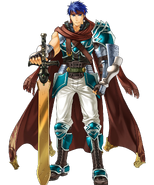 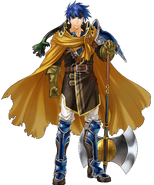