The fully-evolved form of Rowlet, the Grass-type starter of the Alola region. Decidueye is also the first starter Pokemon to become part Ghost-type during its evolutionary life. Resembling an owl, Decidueye’s are ranged fighters by nature and use their own feathers as arrows with their wings serving as the bow. When their nerves start getting to them they’ll tighten the hood around their face to try and improve its focus. While its capable of using many different Z-Stones, there is one that seems to only respond to that of the Decidueye species of Pokemon, Decidium Z.

A Poke Ball will be thrown out onto the stage which Decidueye will pop out of.

Kirby will wear Decidueye’s leaf feather hood around his body, drawstrings and all.

Up Taunt: Decidueye will preen himself a bit brushing off one of his cloak-like wings with the other as if the battle and his opponents are beneath his concern.

Down Taunt: Grabbing at the drawstrings of his hood, Decidueye will pull them down closing the hood around his face before the strings loosen and the hood opens back up.

Side Taunt: Decidueye will glare and flap his wings as an intimidation tactics puffing up his chest to seem more threatening.

Spirit Shackle: Taking one of his quill feather arrows Decidueye will use his opposite wing as the bow and fire an arrow quickly forwards. It’s not as fast an arrow as other bow & arrow fighters like Pit, but this attack does have some special properties of its own. The arrow takes on a purplish ghostly arrow after its been fired changing it from just a regular arrow into one known as a Spirit Shackle. Spirit Shackle projectiles have the unique capability to be able to bypass all forms of counters that might try to stop or reflect projectile attacks. Mario’s Cape can’t reflect it, it strikes through Bayonetta’s Witch Time, and the Franklin Badge is powerless against it. Additionally energy based shields utilized by characters like Palutena and Ness do not stop the Spirit Shackle, but physical shields like Link’s Magical Shield, the Back Shield, and the standard shield that all characters have access to can stop the Spirit Shackle. Physical projectiles (Inkling’s ink, Olimar/Alph’s thrown Pikmin, and any thrown items) pass right through the Spirit Shackle and both projectiles continue on their merry way however any energy-based projectiles (Fox and Falco’s blasters, the Super Scope, or Pichu’s Electro Ball) eradicate the Spirit Shackle projectile and continue unphased. As one final addition, this attack cannot be charged or aimed. You hit the button, and you just fire.

Leaf Blade: A longsword will materialize in Decidueye’s hand made up of leaves and green energy binding them together. This starts an up to 5 hit combo that can be performed by Decidueye with repeated button presses. You can also take this combo through different paths by angling the control stick up, down, forward, or backward. However the chain of attack ends or where in the chain it ends, when this special is done chaining attacks together the sword will dissipate as the leaves scatter apart in the wind.

Leaf Storm: Leaves will swiftly circle around Decidueye rising rapidly above him creating a cyclone of bladed leaves in Decidueye’s place. As opposed to just have Decidueye “ride” the leaves of the cyclone into the air, Decidueye will instead flap his wings and soar to the height of the Leaf Storm once it reaches that point. Decidueye will briefly hover atop of the Leaf Storm before the leaves dissipate into the wind and Decidueye begins to fall if he hasn’t already started moving or attacking elsewhere.

Phantom Force: A Counter move, but a unique one. Activating this special sees Decidueye “melt” into its own shadow right below him for a brief moment or two. Attacks, be they melee or ranged, will pass right through the spot where Decidueye once stood. When Decidueye returns a blast of ghostly energy will surround a small area around him damaging anyone who is right up next to Decidueye and blasting them away. This move can not be done unless Decidueye is on solid ground.

Sinister Arrow Raid: The yellow energy of the Decidium Z Z-Stone will surround Decidueye as it nocks one nasty looking spectral green arrow Decidueye will let loose this one arrow insanely fast forward. This arrow will pierce through anything in its path (shields, counters, players, solid barriers, whatever). All opposing players that are hit by this arrow will be momentarily stunned before being pulled into a cutscene. In an animation that is near identical to Decidueye’s Z-Move Sinister Arrow Raid. Starting with Decidueye flying in the sky, a multitude of its arrows will materialize circling around its body as it soars through the sky. The arrows spiral around Decidueye as it begins to dive down towards the enemies trapped in his Final Smash. As Decidueye gets close to them it’ll begin to pull back up into the air, but will still bash into them during his flight path. The arrows however at this point continue heading straight down and fall down and around the opponents with several of them piercing through. The arrows will explode with a ghostly purple energy before the cutscene ends with the opponents damaged and knocked back.

Grass Knot: In what is almost a blink and you miss it animation, Decidueye will make a small kick at the ground with on of its feet and kick up a small little root. The next time one of your opponents runs across this knot they will fall into a tripping animation and take somewhere between 5-10% of damage. There can only be one Grass Knot on the stage at once and it will sink back into the stage harmlessly after 20 seconds. This move cannot be used unless Decidueye is on solid ground.

Dedicueye has an additional midair jump and can Wall Cling. 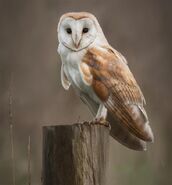 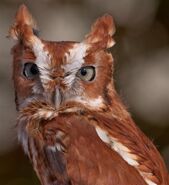 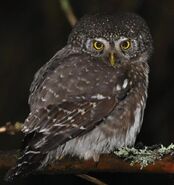 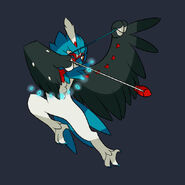